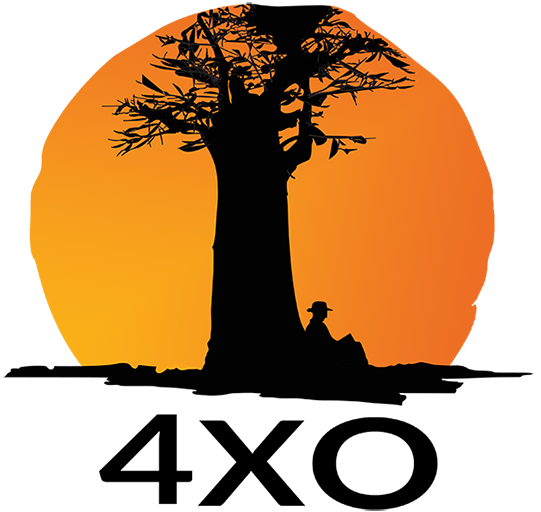 A body of work spanning 40 years

Andrew St Pierre White is one of the world’s best known 4×4 writers, consultants, commentators and adventure-travel filmmakers. He first made his mark in the 4×4 overland community in 1993, when he published The Complete Guide to Four-Wheel Drive in Southern Africa. The first edition, together with his website, 4xForum (now 4xoverland.com), launched the 4×4 information industry in Southern Africa. Since then, he has written another 15 4×4 books and two memoirs—one of which hit the Nr-1 bestseller list in the travel section on Amazon. Andrew lives in Western Australia.

He is now a highly-acclaimed adventure-travel filmmaker and has produced and presented some of the world’s best loved overland travel films. They are especially sought after by 4WD and motorcycle enthusiasts because his programs mix the wonders of overland exploration with the grit of men, women and machines. His works includes nine13-part series for TV, a host of 4×4 training programs and a batch of aviation documentaries broadcast by major networks including Discovery Wings.

His main YouTube Channel 4xOVERLAND has over 278 000 subscribers and 62 million views and receives an average of 650 000 – 1 million views every month.

I’m half 4WD enthusiast, half filmmaker. Both of these pursuits germinated when I was very young, and developed alongside each other during my professional career.

I bought my first 4×4 at 22 and won my first international film editing award at 24. At 29 I bought my second 4×4. Around this time I gave up full-time editing and went into publishing my own 4WD books and maps. Somewhere in between, I learned how to fly. Gliders became a second obsession. When I was about 50 I returned to full-time filmmaking, producing an adventure travel show for South African TV. Nine series have since been broadcast in six countries. I started teaching filmmaking in 2015 while living in the UK and launched Beafilmaker.com that has so far inspired over 21 000 students in 130 counties. All my courses err on the creative rather than the technical, because there is so little creative teaching available on-line.

During all this, I’ve owned another 15 4x4s and have driven on five continents in 16 countries. I’ve fallen in love with Land Cruisers, Mercedes-Gs, Land Rovers and even a few other vehicles that I’ve been loaned.

So now I’m supposed to be nearing retirement age. I can’t see that happening anytime soon because I love what I do far too much. I echo the words of Noel Coward: “Work is more fun than fun.”

To sum up, my passions include aircraft and glider flying, making documentary films, family time and travel—especially into the wilderness in my 4×4. That obsession has been with me since my father took me to the Okavango in 1972. It was here that I sat in my first 4×4: A Series-3 LWB Land Rover.

The first 4×4 motion I ever experienced was the Land Rover being backed hurriedly into a tree to avoid an elephant. The tail light broke. My second ride was in a Series-2, SWB open-top Land Rover at Xaxaba Camp (Later to become a baboon research camp) on Chief’s Island in the Okavango. It was here that I went off-road for the first time: I remember fabled Lloyd Wilmot using the Rover, to chase a hyena across a runway he was building. The vehicle hit an anthill and shot me high into the air. I landed inside the spare wheel lying in the back of the truck. From that moment, I was hooked!

In the 90’s my direction changed and I spent the first year of the decade living in the Okavango Delta in Botswana. It was there that I wrote my first book on a subject that at the time was no more than a hobby. It was called ‘The Complete Guide to Four-Wheel Drive’. With the immediate success of the book (which sold uninterrupted in South Africa for 24 years), a second followed. It lead to the creation of ‘4xForum.com’, a publisher of books, DVDs and maps, aimed at the 4×4 community.48 in six countire

Andrew St Pierre White is often seen as the father of 4WD television and was one of the very first globally to produce a TV series dedicated to the love of 4WD exploration.

Andrew began teaching filmmaking and storytelling in 2015 and has over 20 000 students in 130 countries with a program called https://www.beafilmmaker.com/

The 4xOverland project began with a book, The Complete Guide to Four-Wheel Drive, first going on sale in 1993. All told, eight editions were printed, and remained on sale in South African bookstores without interruption for 24 years, its last print run ending in 2017.

The website, first called 4xForum.com went on-line in 1996. It offered technical and travel information through books and the web for explorers in Southern Africa. In 1999 a mapping company and brand called InfoMap was added. InfoMap was the first mapping company to focus on overland exploration and was the first to include GPS coordinates for significant landmarks and intersections. It was soon copied by many and now equalled by a few, InfoMap was sold in 2018, and remains active today.

In 2013 Andrew left South Africa to spend 30 months in the UK, from where he made several trips to the US, where the Overland community was still in its infancy. Andrew was overwhelmed by the gracious greeting he received there, especially when attending Overland expos.

In 2017 Andrew moved with his family to Australia and settled near Perth in Western Australia. The Australian 4wd community also accepted Andrew and his work with open arms. He has made Australia his home.

The channel’s YouTube channel was started in 2007, but first used only to promote the books, DVDs and TVG shows then in production. From 2014 after Andrew visited the Overland Expo West in Arizona, did he realise the opportunity of releasing his work to a global audience on YouTube.

Over the next five or so years, Andrew became widely referred to as, ‘The David Attenborough of 4WD”.

Andrew explains. “This was a revelation. By giving the shows away to a truly global audience required a rethink of the business model. I soon I found myself exploring the world making videos in place of two thirds of my time looking for sponsorships – a fickle and hard won battle that I was glad to see the end of.”

The business that resulted was one that actually discouraged sponsorships, with the inherent advantage of being totally independent of product sales pitches. And this resulted in increased trust and a significant Patreon following.